Time Inc Column: Open Letter to Satya Nadella “You are the Industry, Be the Change”

Time Inc Column: Open Letter to Satya Nadella “You are the Industry, Be the Change”: 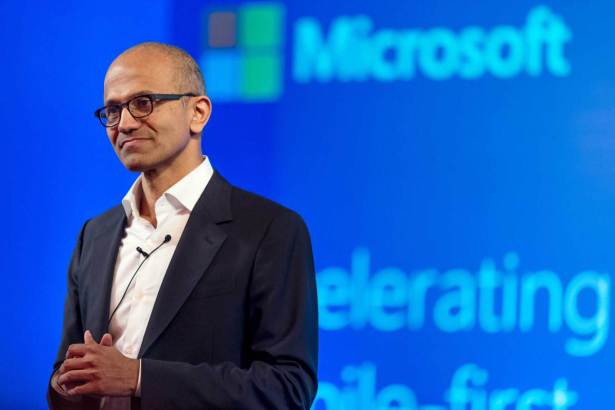 Dear Yes & Knowers, you might have already seen this as ABC News as other publications have covered this specific idea. Published over at Time Inc in my (now) regular column on power on Friday, it addresses the situation that the CEO of Microsoft got himself into at the Grace Hopper conference. I’ve seen a change.org petition asking for Nadella’s resignation, but I haven’t spread that idea because he’s done nothing “wrong” other than say aloud the lie that most tech execs believe (that we have/work in a meritocracy). I’d rather see the energy go towards solving the problem. What else would you recommend be done?

So Satya Nadella, your team stayed up all night trying to figure how to position this as a faux pas and not a tell. But I stayed up last night and thought about how you could turn this into a win.

Women shouldn’t ask for raises; instead, they should trust that “karma” will take care of them and have “faith that the system will actually give you the right raises as you go along.” For those who missed it, that’s what you, the CEO of Microsoft, said yesterday at the Grace Hopper Celebration of Women in Computing conference, a gathering focused on improving the pipeline of women entering the technology field. “Tone-deaf” and “ignorant” were common adjectives that met this pronouncement. And some outrage. (Loads of outrage, actually, often condensed to three letters on Twitter: WTF.)

You later apologized, saying you were “inarticulate” and that “the industry must close the gender pay gap.” I respect that you apologized and that you know at some level you messed up. But even your apology holds a fatal flaw. Your thinking should trouble us all.

The post Time Inc Column: Open Letter to Satya Nadella “You are the Industry, Be the Change” appeared first on Nilofer Merchant.